Meet the Men of Siege!

Imagine an elite group of tall, dark, and rugged heroes. All connected to a nightclub in Boston called Siege. They live by the motto die before surrender.

But what happens when the warriors of Siege face down the power of love? Will their physical strength help them in battles of the heart?

Escape with the Men of Siege. You deserve it!

Rogan - A Delta Force sniper rescues a kidnap victim and the chemistry explodes.

View the Men of Siege on Amazon 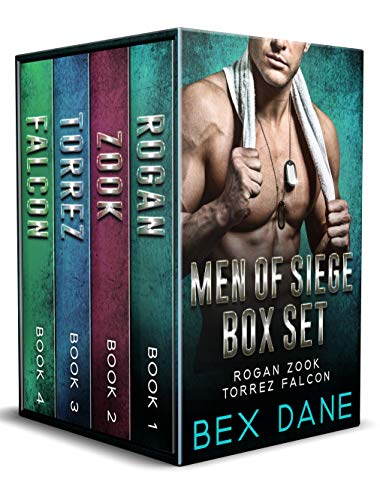